The Olympic Games are here — and so are the crafts!

From the Torch to the Rings, gold medals and more, get ready to make crafting an Olympic sport this season with these Olympic-themed craft projects! 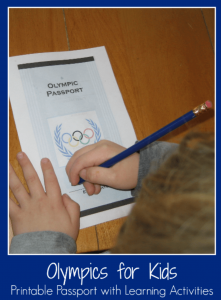 Every athlete needs their own travel passport to go to the Olympics! Download and print your own, then fill it out with your name, nationality, flag and more. Use the passport as a ticket to your own backyard games, or to identify the Olympians who are from your country or hometown on TV! 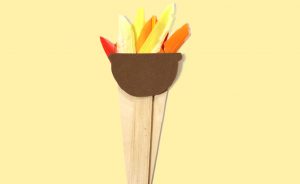 Begin your Olympic craft journey with the traditional Torch Lighting ceremony! Connect craft sticks and glue a foam bowl to the top, then light the fire with red, yellow, and orange feathers. Are you ready to raise your Olympic Torch high?!

Root for Your Home Team 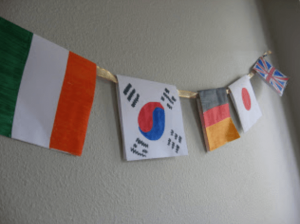 Create a flag banner for all your favorite countries competing in the Olympic Games! Follow along with No Time For Flash Cards as you customize each flag using paper, ribbons, markers, glitter and more — then hang it for the Games!

Gear Up with Olympic Bracelets 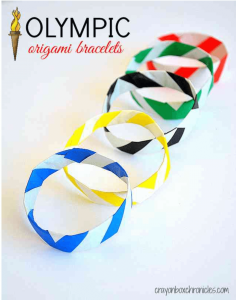 Make your own Olympic-inspired origami bracelets with a little help from All For the Boys! Fold red, green, yellow, blue, and black paper into fun chevron patterns representing the Olympic Rings. Craft while watching the Games or wear your colorful bracelets while competing in your own competitions.

Rock On & Show Your Support 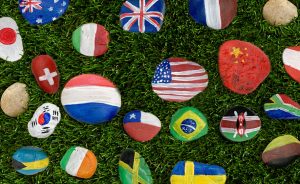 Decorate rocks to root for all your favorite countries during the Olympic Games! Cover the surface of medium to large rocks with acrylic paint to create stars, stripes, and shapes that represent all the nations of the world! Display your rock art in a garden, on a sidewalk, or in a nearby park to spread the Olympic spirit.

Do a Victory Dance 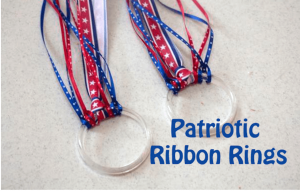 Every Olympic athlete deserves a victory dance when they win! Show support for your favorite Olympians by waving colorful ribbon rings adorned with vibrant friendship threads during your favorite events. Or use this easy & quick project for your own Olympic dance competition with friends! 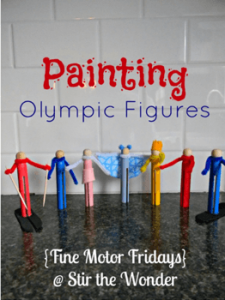 Break out the acrylic paints and clothespins to create famous Olympic figures — from gymnasts to swimmers, skaters and skiers. Head over to Stir The Wonder to find out how to transform wooden figurines into athletes using felt, foam sheets, fuzzy sticks and more!

Fill in the Time with Coloring Pages 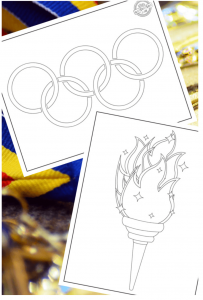 Get creative while waiting for the next Olympic event to start! Customize free Olympic Torch and Rings coloring printables using pencils, markers, and other craft materials — or make it a color sorting activity and use poms for an educational twist.

Decorate for the Olympics 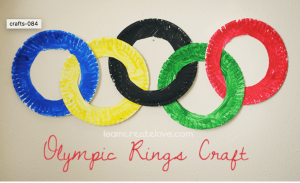 Decorate your craft room or classroom with an Olympic Rings banner! Take some pointers from Learn Create Love and create the rings from five paper plates, then either finger paint or use brushes to color the Olympic symbol. Once they’re dry, link the rings together and display them on a wall or door! 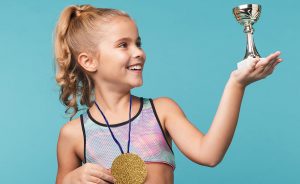 Everyone’s a winner with these foam Olympic medals! Trace and cut circles from glitter foam sheets and add extra fine glitter to make your medals truly shine. Then, loop friendship thread around the medals and glue the strands to the backs. Wear the medals around your neck or hand them out as prizes while competing in your own Olympic games! 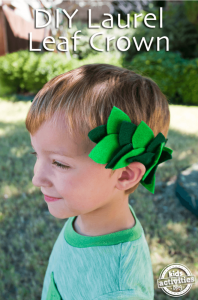 Travel back in time to the ancient Olympic Games where winners were awarded laurel leaf crowns! Cut leaf shapes from green foam sheets, and glue them onto a headband. This headpiece craft is perfect for crowning the winner of your backyard Olympic Games!

Let the crafting games begin — share your Olympic projects with us!

Childhood is a journey, not a race 💫 Let them e

It's the craft supply JACKPOT! 🙌 Tap the #LinkI

Flowers make everyone happy—especially the kind

Looking for a special way to spend time with Mom t

Did you enter our #TeacherAppreciationWeek giveawa

Where would we be without teachers?! 👩‍🏫 H

Did someone say free crafts?! Yep, you heard right

A place for everything, and everything in its plac

💥Pow! Smash! Boom!💥 Save the world one (hand

Hang out with your 🐤 peeps 🐤 today and make

Make your crafts soar to new heights. 🦒 (Get it

Is it sunny where you are? If not, no worries—#T

Sometimes you just need to dig in, explore and FEE

The Earth is one thing we all have in common—joi